A  bridge contains series of movement:
the changeability of users’, its surrounding’s (nature) and the bridge’s itself (from design ideas until construction stage).
According to ‘The poetics of movement in architecture’ by Michael Schumacher, there are four parts related with movement:
movement + speed
movement + form
movement + mass
movement + sound
IDEAS OF MOVEMENT as a common idea for three schemes
the study of the phenomenon of development of organisms centres in three constructive processes:
source: Tzonis, A and Lefaivre, L. (1995) Movement, Structure and the Work of Santiago Calatrava. Basel: Birkhauser
1. growth
2. morphogenesis
3. differentation
digital architecture
Previous Post Next Post 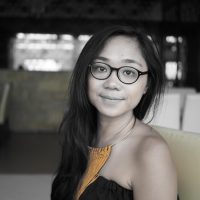 PhD in Design, an architect, a design researcher and heading an experimental design office based in China and Indonesia (Aksen PM). Currently I am also working on my PGCHE teaching qualification whilst gaining experience on teaching in higher education. Indonesian-born, with great enthusiasm for architecture, photography, road cycling, triathlon and outdoorsy activities. A typical year is spent in China, UK and Indonesia. Head to my Linkedin for my resume.