A two days in between my marking exercise, painting with the jumping Parrot. The RC toy has been on the shelf for months and I envisaged him be my main actor of experimental paintings. First I had to attach a brush somehow. Velcro? Tie a brush perhaps? The first trial I re-used bread ties, but the brush flopped left and right (which created interesting effects) but soon realised this was not a long-term system.

Subsequently my handy husband came with a couple of different ideas (as he always does). The second trial he cobbled and re-used GoPro mounts we have an abundance of. It was too far back and too heavy, the moment of inertia was too great. We also looked at the possibility to add a toothbrush on Parrot’s ‘belly’ but was quickly discarded.

With the third system we placed the brush closer to the axis of rotation, and it mitigated the mentioned problem. Now the Parrot can do some pre-defined horizontal modes, but due to the canvas size, jumping is limited. I’ll get a bigger canvas (better still, a roll of canvas) and play with his jumping mode. Here is the final look of the scribble:

This is the final look and it encapsulates different movements Parrot made which I can demystify each one of them. Patterns were also generated from the predefined moves (‘metronome’, ‘slow shake’, ‘slalom’, etc). The strokes were generated not by the brush only, but also the wheels (they get really colourful) as well. It was a great exercise on working with limitations (the RC toy itself, the canvas size and brush size) and expecting the uncertainty with its playfulness. The future fun exercises will involve getting a bigger canvas exploring effects which the Parrot can do when he jumps. Also different methods on dabbing the paint- on the brush, on canvas, on the wheels, or combination of them.

Merry Christmas from the Wallworks 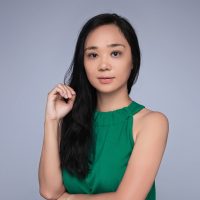